The centennial of women's suffrage will be commemorated later this month. Unfortunately, like many remembrances throughout our history, it isn't a perfect celebration. Achieving the right to vote was hard fought, but it wasn't inclusive of all women. While the 19th Amendment guaranteed women the right to vote on August 26, 1920, many women of color were denied this right because of discriminatory Jim Crow laws that were passed in many states. These were the very same laws that denied men of color the right to vote.

I stood with many of my sisters at this year's Women's March in Seneca Falls as the snow fell softly around us. There, the centennial was definitely a topic of conversation among all of the incredible speakers, many of whom acknowledged its imperfection. In New York, we have a proud tradition of being on the forefront of advancing women's equality. While many of the gatherings on that hallowed ground in Seneca Falls did not include all of our sisters, one could tell by the signs and the vibrancy of the women who gathered there in January 2020 that we would not leave any of our sisters behind as we began our march for full and equal rights for all of our sisters over the next 100 years.

So how do we lift up this massive voting rights achievement, one that symbolizes for many the start of the women's movement for equality in this country? By making the next 100 years in the fight inclusive!
You see, there is no gender equality without racial equality.

There is no gender equality without LGBTQ equality.

There is no gender equality without disability rights equality.

No sister can be left behind this time. Because as the saying goes, the struggle is real and that struggle is still raging on today.

Voter suppression in this country is real and rampant and blatant and racist and sexist and intentional. The mere idea of the entire electorate having the right to vote freely and easily and without coercion is a very real and dangerous threat to the power paradigm.

Voting matters. We know this.

Elections matter. We know this.

The presidential election of 2020 matters, it is consequential on so many levels. It is a referendum on what we value and who we value in this country. What's at stake? Our freedoms, our ability to live a healthy life, our ability to maintain and strengthen civil, human and women's rights, our ability to support our families and retire with dignity and our ability to utilize science and facts without governmental interference.

While those of you reading this are probably NYSUT members, many of our sisters and brothers across the country are in states, in counties and in parishes that could impede their right to vote come November. How will we help them vote and include everyone, not just those with privilege? We can support causes and organizations working to ensure all Americans have the ability to vote and have their votes counted:

1. Work with NYSUT. Your local president and our Regional Political Organizers can give you tasks to get out the vote and ensure that our communities - all our communities - participate in our democracy in New York state. Through our political work with the AFT, we will "adopt" other states to help GOTV. Be sure to check out AFT's site AFT Votes for more information on how you can get involved on a national level. go.aft.org/action

2. Support one or more of these eight voting rights organizations, including the League of Women Voters. https://www.bustle.com/p/8-voting-rights-organizations-to-know-before-the-2020-elections-roll-around-13156367

3. Check out Fair Fight https://fairfight.com/, founded by one of my favorite #SHEroes, Stacey Abrams, who after her narrow defeat in the Gubernatorial Race in Georgia has made it her mission to ensure access to democracy for all.
4. Partner with Future Coalition, a national network and community encouraging the youth vote. www.futurecoalition.org
5. Call and write U.S. Senators from across the country to pass the John R. Lewis Voting Rights Act of 2020 that would restore components of the Voting Rights Act the Supreme Court struck down in 2013.

However or whatever you decide to do to celebrate and commemorate this achievement in our history,  be sure to also educate yourself on all of our sisters who have been a part of the struggle for equality. https://www.usatoday.com/story/life/womenofthecentury/2020/02/08/black-history-month-these-19-black-women-fought-voting-rights/2842276001/

On our NYSUT Women's resource page you can find unsung heroines of the suffrage movement to inspire you to research the unsung heroines from your own community, so you can educate yourself and your students. There are many women who are not in our history books or given the credit they deserve. Thanks to our NYSUT Social Studies Subject Area Committee we have highlighted a diverse group of women from our state. https://www.nysut.org/resources/special-resources-sites/womens-committee/womens-history-2020/unsung-heroines-of-womens-suffrage

Let's spend the next several years in the game implementing those ideas, not on the sidelines but fighting for the rights of all women. Following the outbreak of the pandemic and the killing of George Floyd and Breonna Taylor many have been faced with confronting the systemic racism, inequality and discrimination that exists in this country. Right now, educating our sisters and brothers about the importance of this election across our country and within our own state and communities is a way to create a legacy of voting that not only impacts this election but ripples through our nation and changes the electorate in this country for the next 100 years.

The passing of Justice Ruth Bader Ginsburg will undoubtedly be memorialized by historians and those who knew her best. I've already read... 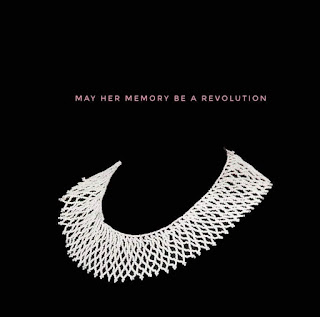